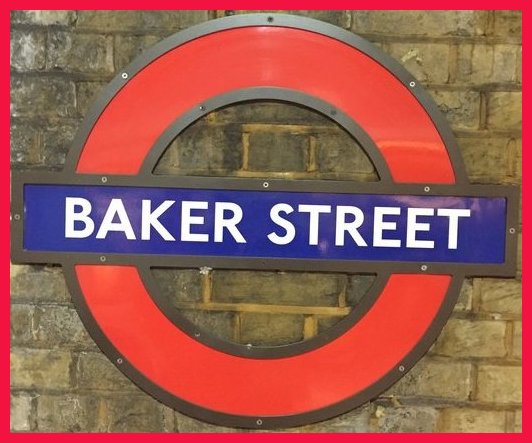 Is there anyone out there who hasn’t heard of Sherlock Holmes? He is unquestionably one of the most famous literary characters ever. In fact, Sherlock Holmes is the most adapted fictional character in history, with over 1,100 iterations. This opium taking, violin playing, mystery solving sleuth has captured the affection of the whole world… with one notable exception.

Sir Arthur Conan Doyle. He was far more interested in writing about medicine and historical fiction, and considered Sherlock Holmes to be the most frivolous and irrelevant of his work. In fact, he said that the last thing he’d ever want to is be remembered as The Guy Who Wrote Sherlock Holmes. When he first wrote “A Study in Scarlet” and “The Sign of Four”, he didn’t quite have enough notoriety give up his career as a doctor. But over the course of a couple years, as popularity grew and his pay increased, he dedicated an enormous amount of time to writing short stories for magazines. Because they were written for magazines, and therefore very short, people often complained that we wrote them very slowly. But Doyle maintained that however short they were in length, the complicated plot details required an enormous amount of stress and effort on his part. He felt putting that much work into lowbrow mystery stories was a waste of his talents. He even tried killing off the detective in “The Final Problem” by having him hurl to his death along with his nemesis, James Moriarty. He believed he was putting Holmes to rest and would be free to continue the work medical and historical that he valued.

Unfortunately, the fan backlash was beyond what he could ever have imagined. People wore black in the streets and truly mourned his death. There are accounts that people actually attacked Doyle for killing off their beloved Holmes.

Doyle tried to relent by writing The Hounds of the Baskervilles, a tale set before he died. Although he did keep the story mostly in Watson’s perspective with Holmes absent for most of the story, probably his way of saying “I’m writing this, but I’m not happy about it”. This was not enough, and finally Doyle truly gave Sherlock Holmes life again the “The Empty House”, explaining that Holmes had to fake his death to evade his enemies. Despite the fact that Sherlock Holmes received huge critical claim up until his last story in 1906, Sir Arthur Conan Doyle never had much love for Holmes. He once complained, “If I had never touched Holmes, who has tended to obscure my higher work, my position in literature would at the present moment be a more commanding one.”

It’s sad to think about Doyle’s bitterness over his success compared to someone like Vincent Van Gogh. Van Gogh lived a poor, penniless life. He only sold one painting, and died thinking his work was meaningless. That is a tragedy that makes Doyle’s wish to take his acclaim and success but apply to a different aspect of his work seem silly and ungrateful. Nonetheless, the man was a genius. I particularly love how many short stories he wrote. It’s perfect because rather than being forced to commit to a whole novel, I can delve into the world of Holmes for an hour or so and still get a complete story.

That being said, my favorite work of Doyle’s will always be “A Study in Scarlet”. It’s the tale that started it all, and by far the most in depth look the reader gets into Sherlock’s (and Watson’s) mind. Plus, the plot is incredibly compelling and appropriately shrouded in mystery from the very start. The story of Lucy and John Hope is heartbreaking and brilliant.

Not enough people recognize the legend the Sherlock Holmes really is. He will never die because people still love him. But why? He seems to be a know-it-all man of mystery, someone that no rational and sane person should be able to connect with. But beneath the surface, Sherlock is one of the most deeply and realistically human ever written. He is eccentric, a man who wants to follow his own path. For goodness sake, he made up his job because the thought of doing the same thing as even one other person was incomprehensible. This does make him seem arrogant, but Holmes is a true friend and an excellent judge of character. He didn’t choose to live with Watson 2 minutes after meeting him out of negligence. Holmes has an incredible ability to suss out the true makings of someone almost instantly. He won’t take notice in people easily. They have to be patient, dedicated to him, and interesting enough for him to care about. But for the short list of people he cares about, he is fiercely loyal and would go to the ends of the earth for them. Above all, Sherlock has no interest whatsoever in the fame or fortune he could obtain. Perhaps this is a nod to Doyle himself not wanting accolades for his writing, because all the fulfillment and satisfaction he needed was purely in the work. In the knowledge that he solved (or for Doyle, created) an impossible puzzle that no one else could. He is self motivated and passionate about his work for all the right reasons.

I can remember my first time reading about the adventures of Sherlock Holmes. My math teacher, who knew I loved reading, leant me his copy of a large collection of Holmes stories.

The first one I read is the story that started it all, “A Study in Scarlet”.
I’ll never forget my first time reading his famous quote: When you have eliminated the impossible, whatever remains, however improbable, must be the truth. So simple, but so concise and intelligent. When he declared that THE GAME IS AFOOT I felt a small thrill, excited by the prospect that I got to follow this man as he solved the game. I was hooked instantly.

Sherlock Holmes is truly a world-shaking, life-changing character. No matter your passions and hobbies, absolutely everyone could benefit from him.